The past of Christmas presents

Home » The past of Christmas presents

Did you ever wonder why people share gifts during Christmas and other similar holiday? The truth might surprise you and maybe serve as inspiration for your next shopping list.

Let’s start with the date. When do you give and open your Christmas presents? I bet it is on Christmas’ Eve or on the morning of the 25th of December, right? Well, first surprise for you. This date is a relatively recent convention. It was only after the mid-1800s that those dates became canonical, mostly because of the poem A Night Before Christmas and the novella A Christmas Carol.

Before that, for centuries and centuries, gifts were exchanged either on the 6th of December, because of Saint Nicholas Day, or after New Year’s Eve. And that is because Saint Nicholas loved to give gifts, and people decided to imitate him. That happened in the 4th century A.D.! Can you imagine if he existed in our social media, modern world?

Another particular famous origin story of gift-giving is tied back to the Magi from the East that went to visit the newborn Jesus as mentioned in the New Testament Gospel of Matthew, chapter 2:

After Jesus was born in Bethlehem in Judea, during the time of King Herod, Magi from the East came to Jerusalem…, …On coming to the house, they saw the child with his mother Mary, and they bowed down and worshiped him. Then they opened their treasures and presented him with gifts of gold, frankincense and myrrh.

A curiosity, just to set the record straight. Despite Christian tradition, the Magi were not ‘Kings’ nor were ‘three’; or at least there are no such mentions in the Bible.

Now, even before all of that, the Ancient Romans already had the tradition of gift-giving on a very similar date. It was during the Winter Solstice of the Northern hemisphere which normally occurs around the 20th of December.

And that was the date when many pagan rituals would have their own festivities, mostly celebrating the cycle of life, and gifts were exchanged amongst the participants. That practice was widespread all over Northern Europe way before the Magi story.

Anyway, the theme seems to be clear. People have been gifting each other for millennia. We should stand by it and continue the tradition. After all, we are all like children when we receive our holiday gifts, aren’t we? 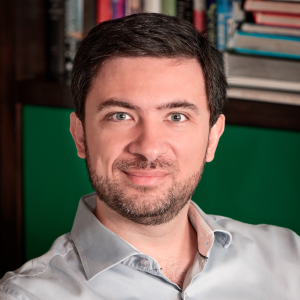 Stanlei Bellan is a long time writer and entrepreneur. In other timelines, he is an eclectic professional, from engineering to an award-winning creative career, with six Cannes Lions awards. He has an unquenchable desire to transcend reality into fantasy.
All Posts »
NextA Heartful Pediatric HistoryNext

Have fun for free. Join us to claim your exclusive story.